Valentine’s Day always made me nervous as a kid. What if none of my classmates gave me cards? Would the little boy who I had a “crush” on bring me one? A certain year that comes to mind must have been when I was in 3rd or 4th grade. Teachers at that time in our small Michigan town didn’t allow an entire afternoon of fun and games on that particular holiday. We waited in agony until almost the end of the school day to pass out our cards. With relief, I saw a reasonable number of valentines being deposited into my decorated shoe box and hoped that those I had given out were well-received.

I was a “walker,” living just a block from my school, and took a few extra minutes in the cloak room to look over my “haul” before putting on my coat and boots to head home. A little boy who had signed his valentine to me with just the initials “T.F.” sidled up close and said that he wanted to give me something else. He held out his hand, as did I. Into it he placed a golden ring with a clear stone that sparkled like glass. I’d been given rings by boys, before, remembering several that had purple or red stones and appeared to have come from the local “dime store.”

This one seemed different, somehow, and I remember feeling kind of troubled by it. Sticking the ring into my coat pocket, I became rather speechless and doubt that I even said “thanks.” Arriving home, I put the valentine box on our dining room table so Mom could see my cards. It took me until that evening to get up my nerve and show her the ring. “This looks real,” Mom said. I didn’t even know what she meant. After asking who it was from, she went to our black telephone in the hallway and took out the phone directory, skimming her finger until she arrived at the “F’s.”

Mom returned to where I stood by the table in just a few minutes with a mysterious look on her face. She gently explained that I wouldn’t be able to keep the ring, since it was a diamond my classmate had taken out of his mother’s jewelry box! I felt very silly, but I suppose it was T.F. who really should have been feeling embarrassed. His mother suggested that I just bring it back to school the next day and evidently wasn’t overly concerned. If memory serves me right, she was no longer married to the boy’s father and may not have been all that attached to this particular reminder of the past. I looked the ring over one last time, and my mom placed it in an envelope for me to deliver back to “my admirer” the next day. 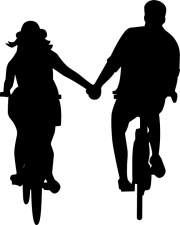