The drafty but beloved home of my Michigan childhood featured a rather dim and damp basement that was accessed through a trap door from our kitchen. That cement-floored space was divided into several separate rooms. During the winter, my mother hung washed clothing on lines to dry in the largest of those areas. One of the small rooms was fashioned almost entirely with rough, wooden shelving that held clear Ball and Mason jars filled with fruits and vegetables my mother had canned. 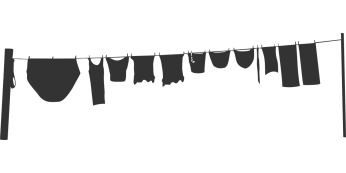 Sometimes we played downstairs while she hung clothes on the line. Being a somewhat apprehensive, quiet, and rather OCD child, one would think I could have been most concerned with falling down the steps (my brother did, once!), about what was hiding in the dark corners, or with that large spider eyeing us from its web, overhead. No, this child of the Fifties and Sixties was silently pondering whether there was enough food for our family on the shelves in that little room, in case we needed to hide out in our basement if “the Russians” attacked!

Did I share those fears with my parents about what I’d overheard on the evening news? I don’t think so. Did they know how scared I was when a B52 flew over from the nearby airbase, wondering if it was “one of ours” or “one of theirs?” I don’t believe they did, or surely they would have said something. I worried a great deal about “war,” but had no idea how to bring up the topic. In the political climate of our world today, there’s no escaping the realities of war or potential for further escalation toward war. Only very young children are easy to shield from the news on television or the internet. There’s no way to ensure that our kids won’t learn about troubling situations in the world.

Some children ask questions and give you plenty of openings to discuss difficult topics. Others, like the childhood version of me, won’t (or can’t find the words to) ask. In those cases, you’ll need to create your own openings, which can be a challenge. That’s where children’s books can help! Along with many other people right now, I’m feeling very helpless about world events, many which have been precipitated right in our “own back yard,” here in the U.S. What can I do? Maybe I can offer some suggestions of children’s books to help parents, grandparents, teachers, and other caring adults approach the difficult subject of war and the equally important topic of conflict resolution with the kids who are important to them!

A frog finds a beautiful flower and picks it for himself. When a mouse sees him with it, his jealousy overcomes him, and he swipes it. Frog’s friends come to his aid and chase the mouse away. But before the frogs can celebrate, Mouse’s friends return for a counter-attack. Before long the conflict has devolved into a full-scale frog-mouse war. By the end of it, all either side can ask is: why? This seemingly simple book tackles an important subject and will be an invaluable way to talk to young children about conflict and warfare.

Playing War written by Kathy Beckwith and illustrated by Lea Lyon. Learn the details about this book for children in grades 2-5 at Patricia Tilton’s blog, Children’s Books Heal.

8 Books About War for Kids from Scholastic

21 Multicultural Children’s Books About Peace from Colours of Us 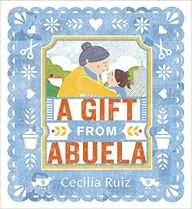 Multicultural Children’s Book Day, Jan. 25, 2019 Official hashtag: #ReadYourWorld A Gift from Abuela by Cecilia Ruiz, Author and Illustrator; Candlewick Press, Fiction, 2018 Suitable for Ages: 4-8 Themes: Intergenerational relationships, Love, Kindness, Change, Multicultural Book Giveaway: All you have to do is leave a comment and let me know that you would like to receive […]