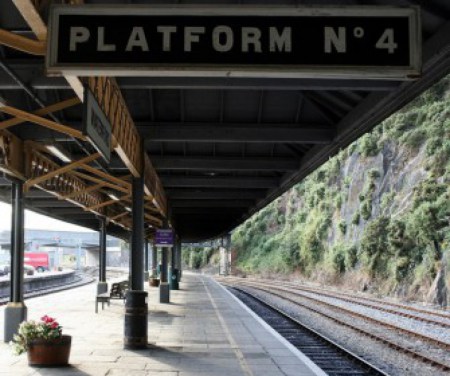 The day after Labor Day was always the first day of school in Michigan. One of my earliest memories is of my older sister, Terri, heading out for school the year I must have been four. I can see myself sitting in the bay window of our living room, and she alerted me that she was leaving for school, but mentioned how “lucky” I was that I got to stay home and watch “Ding Dong School” on television.

It all seemed rather dubious to me, since I WAS looking forward to kindergarten the next year, but it was kind of her to make the attempt. My mother looked on and seemed to be trying to gauge my response. I suppose it was hard for me to face summer’s end and be the only child remaining at home, since my younger brother was not yet born.

I DID love the show, however, and since we only had clear reception of one network in our little town in Northern, Lower Michigan, I was lucky that it ran on NBC through 1956 (followed by syndication for some years after). The presenter, Dr. Frances Horwich, known to the young viewers as our teacher, “Miss Frances,” had a calm, soothing voice that seemed to be aimed directly at me. The show always began with her ringing the large school bell, of course. She read books to us, presented various types of interesting lessons, and demonstrated art projects. Children often sent their drawings and other works in to the show, and Miss Frances would sometimes share those, as well. 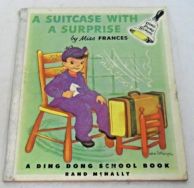 Sources reveal that she was an experienced educator, but had very little familiarity with working in front of the camera. From a kid’s point of view, the show felt very natural and real, as if I was actually there in her classroom. Due to the show’s popularity, many different types of products carrying the “Ding Dong School” name became available, like finger paints, balloons, valentines, and records. I don’t remember having any of those, but we did own some of the “Golden Books,” such as these shown. Titles often focused on family, community, and the use of imagination in play. 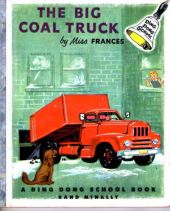 My afternoon kindergarten the following year paled in comparison, naturally. With a large room full of actual children and no helpers that I can remember, I’m sure that our teacher had her hands too full to give us much individualized attention. I kind of missed those mornings spent at home in our sunny living room, with my mom nearby and Miss Frances talking to me out of the black-and-white television like I was the only kid in the world. Little did I know at the time that my future would also find me as a teacher in the classroom with young children.

When Ebay was still a novelty, I often looked up collectibles that interested me. One day, I saw some of Frances Horwich’s personal items related to the show up for auction, following her death, such as a custom-made chair with her name on it, her collection of school bells, and awards that she had received. I did some research and learned that she and her husband had no children, so I suppose there was no one in particular to leave these types of things in a will. At first this seemed very sad, that her belongings would simply go to the highest unknown bidders on the Internet. After giving this some more thought, however, I realized how insignificant “things” really are and how many thousands of individuals, like myself, remembered this woman for providing them with a pleasant first education experience. That seemed much more important, in the grand scheme of things.